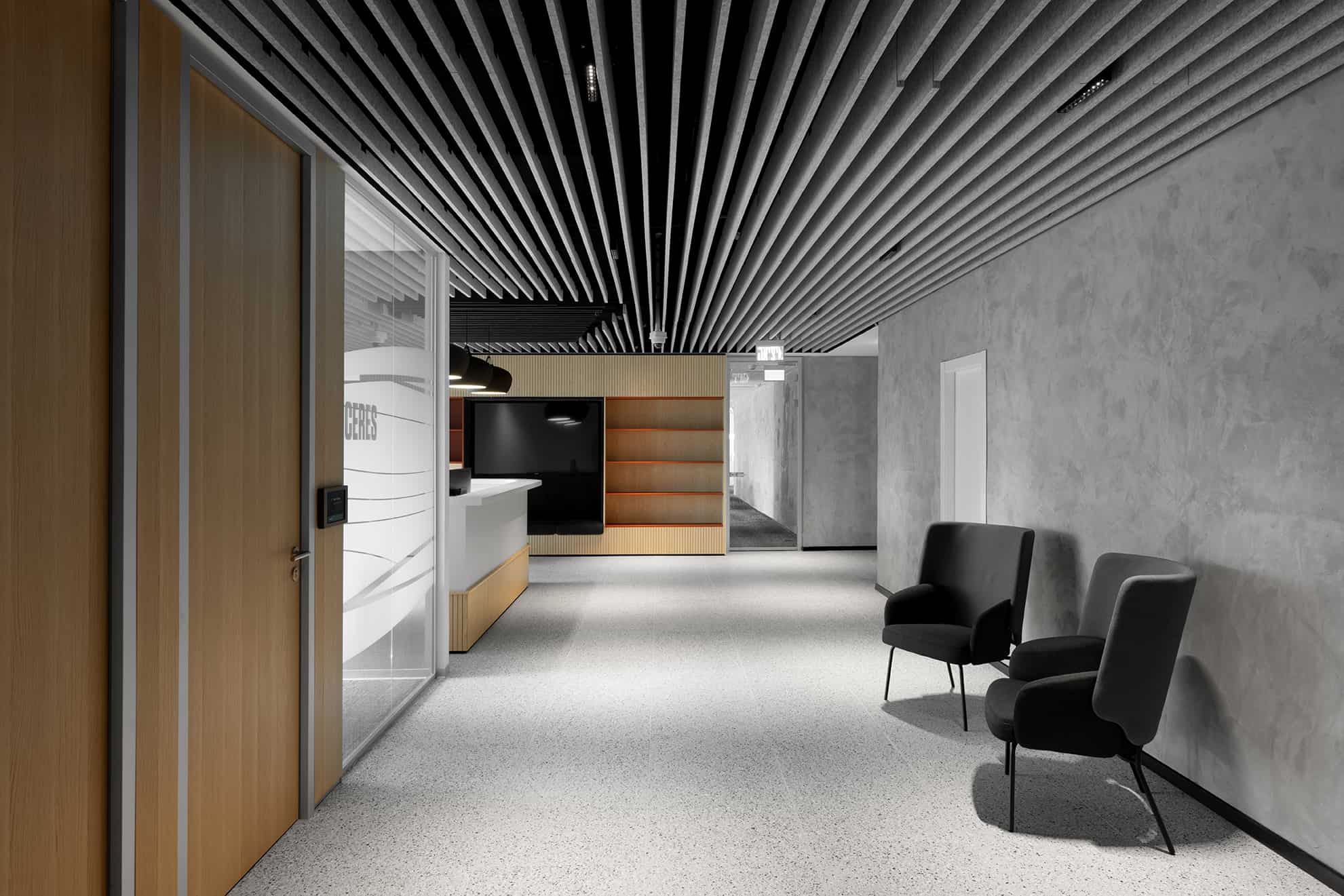 The Proof Point company offices are located on the 20-23rd floors of Azrieli Towers in the Triangle tower, spanning over 6,000 square meters.

The company develops products in the information security field, specializing in protecting people. The company was founded in 2002 and currently employs over 3,500 employees worldwide.

The company specializes in cloud security, isolating internet networks, zero trust security (encoding that is able to prove one knows something, without giving that information away) and data leakage prevention. The company’s offices in Israel make up its development center, which employs 200 employees. This is a Nasdaq traded company, with a market value of 6 billion dollars and has acquired over 18 companies thus far, three of which are Israeli companies.

The project was meticulously planned by the David Raz management company, which enabled the management of execution, while maintaining the highest level of quality on an especially tight schedule.

The exceptional design, chosen by the architect Eran Naim, was characterized by unique shades that accompanied the entire project in all its spaces, giving off a classic European look.

The carpet tiles were personally imported by the client and the porcelain granite floor tiles retain a clean and adult look. The floor to ceiling partitions were built by Innovate and a special Annodays (brushed aluminum) finish was selected.

The acoustic tiled ceiling, incorporating areas with a bare ceiling adorned with sprayings of acoustic black plaster, which gives off much depth and character to each and every space in this project.